One of the most famous landmarks in Leiden Holland is its old Castle (De Burcht).

Dating back to the 12th century, the castle was built on a "motte" or artificial hill that once overlooked the old Rhine. 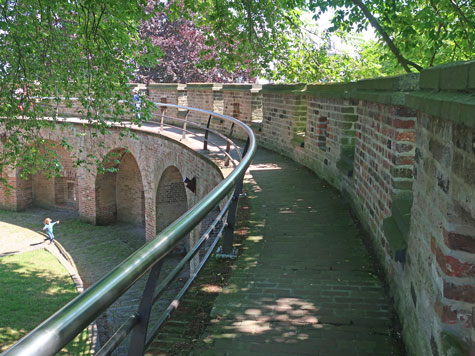 The Leiden castle was originally used mainly as a refuge from flooding.

Today, visitors to Leiden can enjoy panoramic views of the community from De Burcht castle.